International bestselling author of the Twilight novels, Stephenie Meyer, has announced that she will now publish the series’ fifth instalment Midnight Sun.

This is 12 years after Meyer originally planned to release the book after it was abandoned due to an illegal online leak of the manuscript back in 2008.

Midnight Sun goes back to the beginning to where the Twilight saga first started – when vampire Edward Cullen meets the mysterious human Bella Swan – and tells the story through Edward’s perspective with a dark twist. 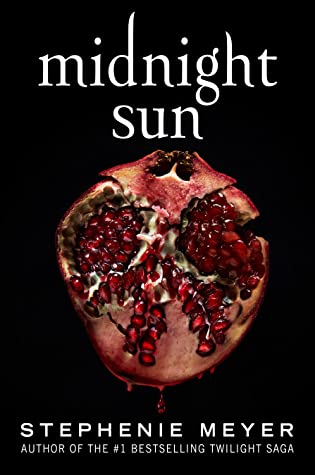 When Edward Cullen and Bella Swan met in Twilight, an iconic love story was born. But until now, fans have heard only Bella’s side of the story. At last, readers can experience Edward’s version in the long-awaited companion novel, Midnight Sun.

This unforgettable tale as told through Edward’s eyes takes on a new and decidedly dark twist. Meeting beautiful, mysterious Bella is both the most intriguing and unnerving event he has experienced in his long life as a vampire. As we learn more fascinating details about Edward’s past and the complexity of his inner thoughts, we understand why this is the defining struggle of his life. How can he let himself fall in love with Bella when he knows that he is endangering her life?

In Midnight Sun, Stephenie Meyer transports us back to a world that has captivated millions of readers and, drawing on the classic myth of Hades and Persephone, brings us an epic novel about the profound pleasures and devastating consequences of immortal love

Meyer announced the news in a pre-recorded video on Good Morning America saying, “I am very excited to finally, finally announce the release of Midnight Sun on 4th August. It’s a crazy time right now and I wasn’t sure it was the right time to put this book out, but some of you have been waiting for just so, so long it didn’t seem right to make you wait any more.”

In 2013 Meyer told Variety that she would never write about the Twilight universe again after it was leaked online five years prior, but she has since revealed that reading Fifty Shades of Grey from male lead Christian Grey’s point of view was a breakthrough moment for her.

The Twilight series has sold more than 100 million copies worldwide and the five film adaptions have made £2.9 billion ($3.3 billion).