The Kite Runner is not for the fainthearted. It is an incredible, but brutal, fictional story based on very real experiences of those who lived in Afghanistan during the county’s worst times. Khaled Hosseini paints a tragic story of love, second chances, friendship and the consequences of our actions in what can only be described as a powerful, one-of-a-kind novel told over the span of 30 years.

Afghanistan, 1975: Twelve-year-old Amir is desperate to win the local kite-fighting tournament and his loyal friend Hassan promises to help him. But neither of the boys can foresee what will happen to Hassan that afternoon, an event, that is to shatter their lives. After the Russians invade and the family is forced to flee to America, Amir realises that one day he must return to Afghanistan under Taliban rule to find the one thing that his new world cannot grant him: redemption. 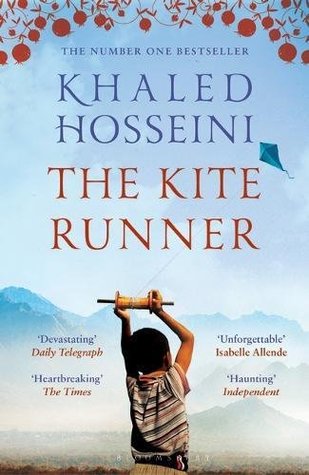 As you can imagine, living during this time in Afghanistan would have been incredibly difficult. The Kite Runner shows only some of the horrors that people had to deal with, bearing in mind from the viewpoint of a 12-year-old boy.

Amir spends most of the novel beating himself up over how he handled situations at the start of the novel. But the horrors that Amir faced were savage and merciless, and, as said, he was only 12 years old at the time. Of course he didn’t handle them correctly – he was only a child! Robbed of his innocence and childhood so young because of the ruthless and cruel actions of those around him who believed in violence and brutality.

What Amir doesn’t learn until nearer the end of the novel is that sometimes things happen to people and they’re not equipped to deal with them.

This isn’t even a lesson Amir learns about himself, but about his father, his friends, his wife, those he looks up to. This isn’t a personal reflection, but rather a universal one.

But the main lesson in The Kite Runner, is that despite everything, we need to forgive. Others, for their wrongdoings, and ourselves, because we can be our own worst enemies.

Near the end of the novel Hosseini writes:

“I wondered if that was how forgiveness budded; not with the fanfare of epiphany, but with pain gathering its things, packing up, and slipping away unannounced in the middle of the night.”
— Khaled Hosseini, The Kite Runner

In all of the brutality in the book, Hosseini makes a point to note that there are those who have big hearts and who remind us there is good left in the world. When everything else seems to be broken.

Amir’s childhood friend, Hassan, was one of those people, and tried to encourage others to believe in the best of humanity. Through all the things he went through he still managed to trust and love and hope and believe in people.

He taught his son:

“It’s wrong to hurt even bad people. Because they don’t know any better, and because bad people sometimes become good.”
— Khaled Hosseini, The Kite Runner

What at first might appear to be a story of the shattered world, Hosseini presents a way for us to heal it. Through love, forgiveness and most of all, human decency, he makes us see how things can be made better and good again. He shows us that it’s never to late to hope in a better tomorrow, or even, at least, to hope that a small shred of humanity could mend some of the brokenness in the world.

“War doesn’t negate decency. It demands it, even more than in times of peace.”
— Khaled Hosseini, The Kite Runner