We’ve compiled a list of 31 quotes of wise words from literature to give a daily dose of inspiring wisdom.

1. “It is the mark of an educated mind to be able to entertain a thought without accepting it.”
― Aristotle, Metaphysics

2. “The simple things are also the most extraordinary things, and only the wise can see them.”
― Paulo Coelho, The Alchemist

3. “But what if I make a mistake?” Will asked.
Gilan threw back his head and laughed. “A mistake? One mistake? You should be so lucky. You’ll make dozens! I made four or five on my first day alone! Of course you’ll make mistakes. Just don’t make any of them twice. If you do mess things up, don’t try to hide it. Don’t try to rationalize it. Recognize it and admit it and learn from it. We never stop learning, none of us.”
― John Flanagan, Erak’s Ransom

5. “There will come a time in your life when you lose something that matters to you. You’ll fight for it and you won’t win. But what really matters isn’t the war you’re waging, it’s that you don’t lose the person you are in the midst of the battle.”
― J. Sterling, The Perfect Game

6. “Don’t take the high ground and assume you already know what you’ll do. The truth is, when it comes to someone you love, you’ll find there isn’t anything you won’t do.”
― Richelle Mead, The Fiery Heart

7. “It is important…Someone needs to tell those tales. When the battles are fought and won and lost, when the pirates find their treasures and the dragons eat their foes for breakfast with a nice cup of Lapsang souchong, someone needs to tell their bits of overlapping narrative. There’s magic in that. It’s in the listener, and for each and every ear it will be different, and it will affect them in ways they can never predict. From the mundane to the profound. You may tell a tale that takes up residence in someone’s soul, becomes their blood and self and purpose. That tale will move them and drive them and who knows what they might do because of it, because of your words.”
— Erin Morgenstern, The Night Circus

8. “We’re all fools,” said Clemens, “all the time. It’s just we’re a different kind each day. We think, I’m not a fool today. I’ve learned my lesson. I was a fool yesterday but not this morning. Then tomorrow we find out that, yes, we were a fool today too. I think the only way we can grow and get on in this world is to accept the fact we’re not perfect and live accordingly.”
― Ray Bradbury, The Illustrated Man

9. “I don’t believe in God. But sitting there, in a room full of those who feel otherwise, I realize that I do believe in people. In their strength to help each other, and to thrive in spite of the odds, I believe that the extraordinary trumps the ordinary, any day. I believe that having something to hope for — even if it’s just a better tomorrow — is the most powerful drug on this planet.”
― Jodi Picoult, The Storyteller

11. In my younger and more vulnerable years my father gave me some advice that I’ve been turning over in my mind ever since.
“Whenever you feel like criticizing any one,” he told me, “just remember that all the people in this world haven’t had the advantages that you’ve had.”
― F. Scott Fitzgerald, The Great Gatsby

12. Probably the wisest words that were ever uttered to me. Came from a therapist. I was sitting in her office, crying my eyes out… and she said, “So let me get this straight. You base your personal happiness on things entirely out of your control.”
― Laura Munson, This Is Not The Story You Think It Is: A Season of Unlikely Happiness

13. “We all get lost once in a while, sometimes by choice, sometimes due to forces beyond our control. When we learn what it is our soul needs to learn, the path presents itself. Sometimes we see the way out but wander further and deeper despite ourselves; the fear, the anger or the sadness preventing us returning. Sometimes we prefer to be lost and wandering, sometimes it’s easier. Sometimes we find our own way out. But regardless, always, we are found.”
― Cecelia Ahern, Thanks for the Memories

14. “Love isn’t what you expect it to be. You imagine being drunk on happiness, but the truth is, you worry all the time. Is she ill? Hurt? Might she meet someone else? There’s a moment when you realize that you’ve gotten everything you wished for. And right on its heels is the understanding that this means you have so much more to lose.”
― Jodi Picoult, Off the Page

15. “How wonderful it is that nobody need wait a single moment before starting to improve the world.”
― Anne Frank, The Diary of a Young Girl

16. I’ll be honest about it. It is not atheists who get stuck in my craw, but agnostics. Doubt is useful for a while. We must all pass through the garden of Gethsemane. If Christ played with doubt, so must we. If Christ spent an anguished night in prayer, if He burst out from the Cross, “My God, my God, why have you forsaken me?” then surely we are also permitted to doubt. But we must move on. To choose doubt as a philosophy of life is akin to choosing immobility as a means of transportation.
— Yann Martel, Life of Pi

17. “Those who dream by day are cognizant of many things which escape those who dream only by night. In their gray visions they obtain glimpses of eternity, and thrill, in waking, to find that they have been upon the verge of the great secret. In snatches, they learn something of the wisdom which is of good, and more of the mere knowledge which is of evil.”
― Edgar Allan Poe, Edgar Allan Poe: Complete Tales and Poems

18. “There are some experiences in life they haven’t invented the right words for.”
― Lisa Kleypas, Married By Morning

19. “She wondered when her daughter would realise that for the most part, people weren’t that different. Young and old, male or female, pretty much everyone she knew wanted the same things: The wanted to feel peace in their hearts, they wanted a life without turmoil, they wanted to be happy. The difference, she thought, was that most young people seemed to think that those things lay somewhere in the future. While most older people believed that they lay in the past.”
― Laura Moriarty, The Rest of Her Life

20. “There’s always going to be bad stuff out there. But here’s the amazing thing — light trumps darkness, every time. You stick a candle into the dark, but you can’t stick the dark into the light.”
― Jodi Picoult, Change of Heart

21. “The most dangerous irony is, people are angry with others because of their own incompetence.”
― Amit Kalantri, Wealth of Words

22. “What would you do if you only had one day left in this world? Spend it with the people you love? Travel to the far corners of the earth to see as many wonders as possible? Eat nothing but chocolate? Would you apologize for all your mistakes? Would you stand up to those you’d never had the courage to face? Would you tell your secret crush that you loved him or her? Why is it that we wait till the last minute to do the things we should be doing all along?”
― Jodi Picoult, Off the Page

23. “Every time we start thinking we’re the center of the universe, the universe turns around and says with a slightly distracted air, ‘I’m sorry. What’d you say your name was again?”
― Margaret Maron, Bootlegger’s Daughter

24. “The future was one thing that could never be broken, because it had not yet had the chance to be anything.”
― Sarah Dessen, Saint Anything 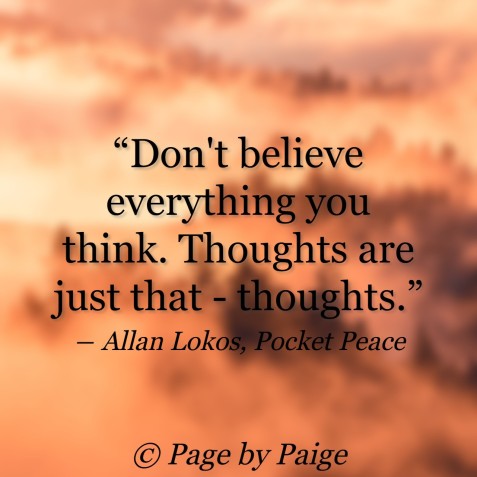 26. “How do you tell an adult that maybe everything wrong in the world stems from the fact that she’s stopped believing the impossible can happen?”
― Jodi Picoult, Between the Lines

27. “There is hope, even when your brain tells you there isn’t.”
― John Green, Turtles All the Way Down

28. “The loneliest moment in someone’s life is when they are watching their whole world fall apart, and all they can do is stare blankly.”
― F. Scott Fitzgerald, The Great Gatsby

29. “Everyone is down on pain, because they forget something important about it: Pain is for the living. Only the dead don’t feel it.”
― Jim Butcher, White Night

30. “If we don’t change the direction we are headed, we will end up where we are going.”
― Jodi Picoult, Nineteen Minutes

31. “How lucky am I to have something that makes saying goodbye so hard.”
― A.A. Milne, The Complete Tales of Winnie-the-Pooh