21 Quotes from literature that will change the way you think.

1. “There will come a time when all of us are dead. All of us. There will come a time when there are no human beings remaining to remember that anyone ever existed or that our species ever did anything. There will be no one left to remember Aristotle or Cleopatra, let alone you. Everything that we did and built and wrote and thought and discovered will be forgotten and all of this will have been for naught. Maybe that time is coming soon and maybe it is millions of years away, but even if we survive the collapse of our sun, we will not survive forever. There was time before organisms experienced consciousness, and there will be time after. And if the inevitability of human oblivion worries you, I encourage you to ignore it. God knows that’s what everyone else does.”
― John Green, The Fault in Our Stars

2. “There is nothing I would not do for those who are really my friends. I have no notion of loving people by halves, it is not my nature.”
― Jane Austen, Northanger Abbey

3. “Whenever you feel like criticizing any one…just remember that all the people in this world haven’t had the advantages that you’ve had.”
― F. Scott Fitzgerald, The Great Gatsby

4. “‘Are you ready?’ Klaus asked finally.
‘No,’ Sunny answered.
‘Me neither,’ Violet said, ‘but if we wait until we’re ready we’ll be waiting for the rest of our lives, Let’s go.'”
—  Lemony Snicket, The Ersatz Elevator

5. “Whether or not you believe in God, you must believe this: when we as a species abandon our trust in a power greater than us, we abandon our sense of accountability. Faiths… all faiths… are admonitions that there is something we cannot understand, something to which we are accountable. With faith we are accountable to each other, to ourselves, and to a higher truth. Religion is flawed, but only because man is flawed. The church consists of a brotherhood of imperfect, simple souls wanting only to be a voice of compassion in a world spinning out of control.”
― Dan Brown, Angels & Demons

7. “I wanted to tell the book thief many things, about beauty and brutality. But what could I tell her about those things that she didn’t already know? I wanted to explain that I am constantly overestimating and underestimating the human race-that rarely do I ever simply estimate it. I wanted to ask her how the same thing could be so ugly and so glorious, and its words and stories so damning and brilliant.”
― Markus Zusak, The Book Thief

8. “I can’t stand it to think my life is going so fast and I’m not really living it.”
― Ernest Hemingway, The Sun Also Rises

9. “There’s always going to be bad stuff out there. But here’s the amazing thing — light trumps darkness, every time. You stick a candle into the dark, but you can’t stick the dark into the light.”
― Jodi Picoult, Change of Heart

10. “Life will break you. Nobody can protect you from that, and living alone won’t either, for solitude will also break you with its yearning. You have to love. You have to feel. It is the reason you are here on earth. You are here to risk your heart. You are here to be swallowed up. And when it happens that you are broken, or betrayed, or left, or hurt, or death brushes near, let yourself sit by an apple tree and listen to the apples falling all around you in heaps, wasting their sweetness. Tell yourself you tasted as many as you could.”
― Louise Erdrich, The Painted Drum

11. “Life should not be a journey to the grave with the intention of arriving safely in a pretty and well preserved body, but rather to skid in broadside in a cloud of smoke, thoroughly used up, totally worn out, and loudly proclaiming “Wow! What a Ride!”
― Hunter S. Thompson, The Proud Highway: Saga of a Desperate Southern Gentleman, 1955-1967

12. “Our doubts are traitors,
and make us lose the good we oft might win,
by fearing to attempt.”
― William Shakespeare, Measure for Measure 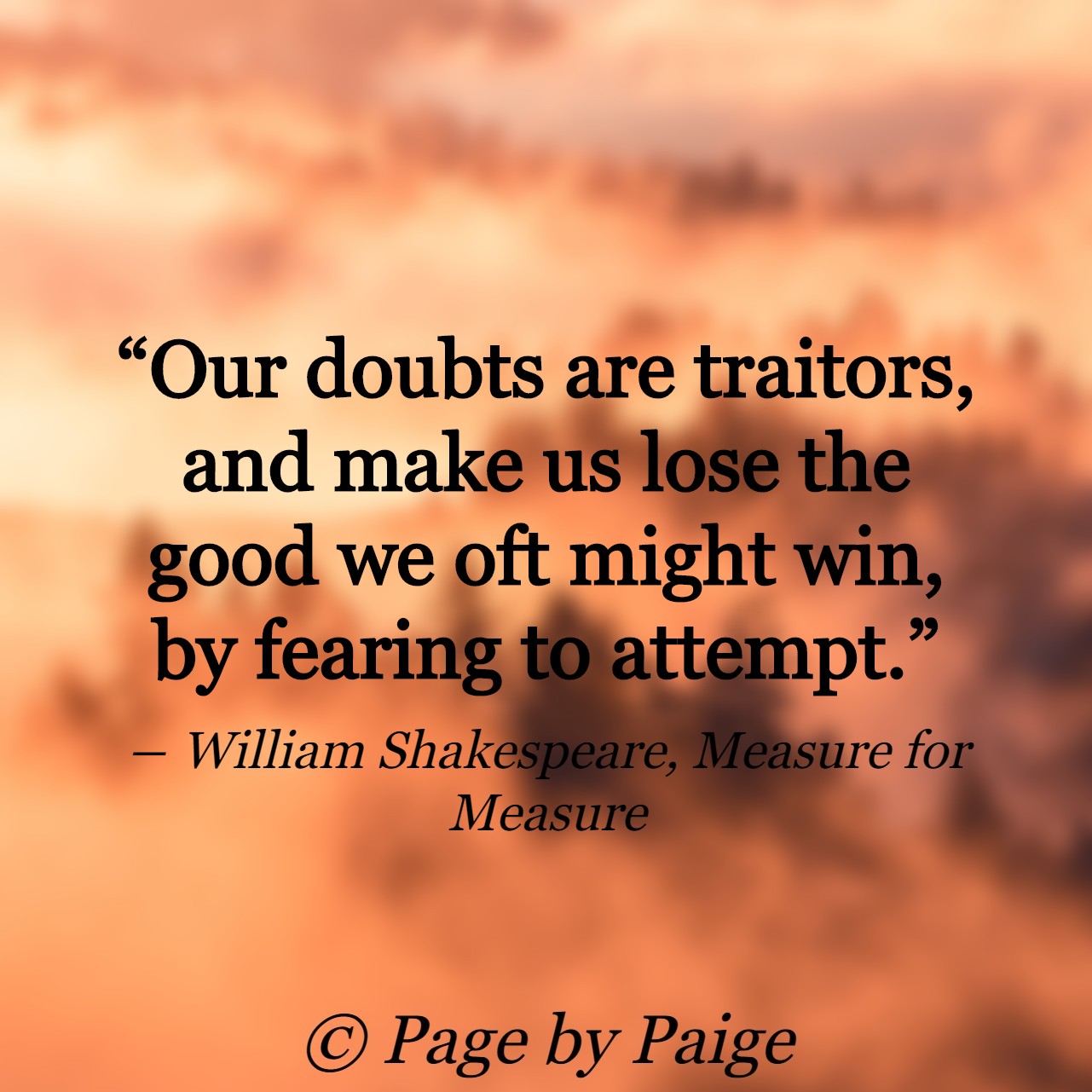 13. “Nothing really dies as long as it’s not forgotten”
― L.J. Smith, The Forbidden Game

14. “There are so many ways to be brave in this world. Sometimes bravery involves laying down your life for something bigger than yourself, or for someone else. Sometimes it involves giving up everything you have ever known, or everyone you have ever loved, for the sake of something greater.
But sometimes it doesn’t.
Sometimes it is nothing more than gritting your teeth through pain, and the work of every day, the slow walk toward a better life.”
― Veronica Roth, Allegiant

15. “I am nothing special, of this I am sure. I am a common man with common thoughts and I’ve led a common life. There are no monuments dedicated to me and my name will soon be forgotten, but I’ve loved another with all my heart and soul, and to me, this has always been enough.”
— Nicholas Sparks, The Notebook

17. “It takes ten times as long to put yourself back together as it does to fall apart.”
― Suzanne Collins, Mockingjay

18. “It does not do to dwell on dreams and forget to live.”
― J.K. Rowling, Harry Potter and the Sorcerer’s Stone

19. “Heroes aren’t always the ones who win,” she said. “They’re the ones who lose, sometimes. But they keep fighting, they keep coming back. They don’t give up. That’s what makes them heroes.”
― Cassandra Clare, City of Heavenly Fire

21. “You never really understand a person until you consider things from his point of view…Until you climb inside of his skin and walk around in it.”
— Harper Lee, To Kill a Mockingbird