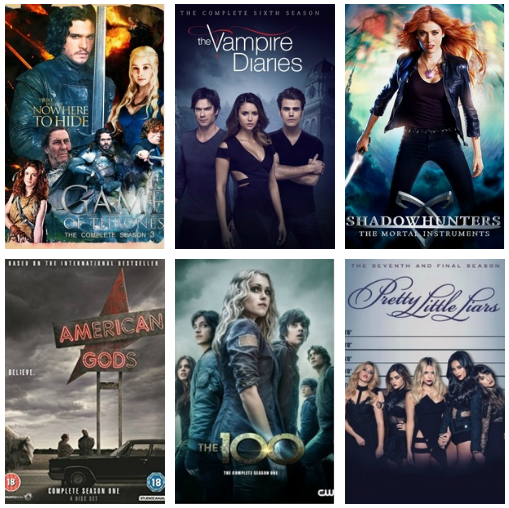 It’s not easy to make a television adaption of a book – there’s a fine line that producers and writers need to walk in order to make their series accessible for new fans while keeping the readers of the original books happy.

If you follow the book exactly he pacing can slow and things get too convoluted for viewers, but if you strike out basing it only loosely on the original books then you run the risk of alienating readers or letting the show run off the rails.

Here are 10 times TV shows ruined the books they were based on – for better, or for worse.

I love the TV series of  The Vampire Diaries, but it is very different from the original books by L. J. Smith.

Many of the changes made from the books were positive or had little bearing on the overall plot, but some are still very frustrating.

For starters, In the TV series Bonnie is descended from witches instead of druids as she was in the books. And rather than having firey red hair as she does in the book, on screen she has dark skin.

Elena doesn’t have a teenage brother, but a four-year-old sister who she must help care for. This makes her a little less self-centered, which would have been nice to see on the show.

Additionally, the “ethical” Stefan who refuses to drink human blood on the show actually drinks Elena’s in the books—which would have added another complicated layer to their relationship if it had been included. 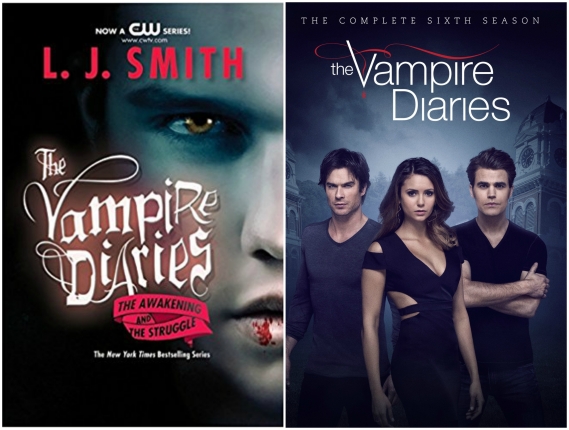 It’s one of the hottest shows on television, and perhaps that popularity is why zealous readers of George R.R. Martin‘s A Song of Ice and Fire series take every opportunity to point out how far Game of Thrones has strayed from the books.

Some of these differences make sense—like aging up the younger characters to avoid creepy adolescent sex scenes.

However, they do take it too far. Numerous characters are prematurely killed off on the show or simply don’t exist at all – the absence of Lady Stoneheart still makes some fans unreasonably angry.

Not to mention key parts from plots are missing, like the entire Dorne plot following Oberyn’s death. 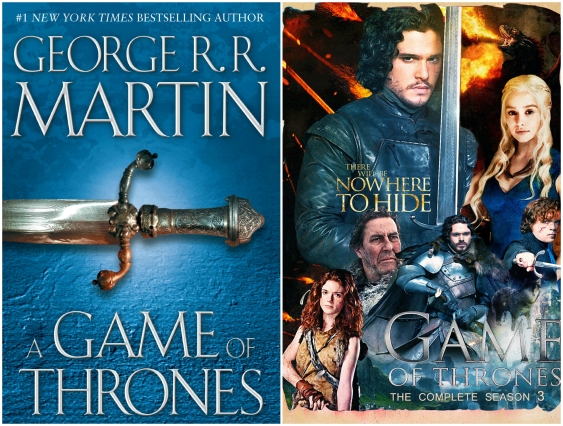 The Mortal Instruments series by Cassandra Clare is one of my favourites, so I was excited to find out it was going to be TV series called Shadowhunters. I was extremely disappointed.

The characters are older, going from 15 years old in the book to 18 on the TV show. And Geeky, mortal Simon had a lot more air-time in the Mortal Instruments books: He doesn’t become a vampire until the second book installment and is sired by Raphael. On the TV show, vampire Simon transforms on Episode 3. And the bad guy and good guy work together by choice. Which did not happen.

Not to mention the whole setting is different: When introduced in the books, The New York Institute has very few occupants: Jace, Hodge Starkweather and the Lightwood family. However, when we see it on the TV show, there are a lot of other Downworlders who use the space.

The TV version of the Institute also looks super modern and has a ton of technology, which isn’t how it’s described in the books. In fact, tech is very rarely used in the written series. 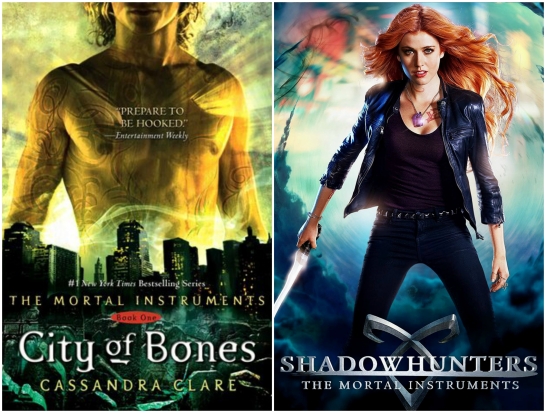 In the books, Spencer, Hanna, Aria, and Emily are actually dubbed the “Pretty Little Liars” because of their numerous encounters with Ali, and are famous for them. This never happens in the show.

In the books, the Liars have been under arrest several times because of crimes that Alison has set them up for. Ali doesn’t do this in the show. 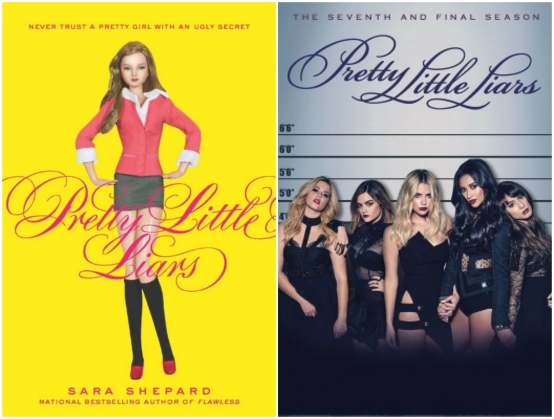 If you watched the pilot episode of The 100  you were probably hooked instantly, and have come close to salivating at the promise of a thrilling new episode each week on The CW. But the original books by Kass Morgan are very different.

In the books, Clarke is one of four main characters who shares their POV on being a delinquent sent to Earth. She has training in the medical field, and that becomes very useful once on the ground. And both of her parents were scientists, who were executed for going against policy. In the show, she is much more of a leader, and a ruthless one at that.

Also in the books they aren’t called “Grounders,” they are called “Earthborns.” And they don’t even show up until the very end of the first book. There is no war between the two groups, and the Earthborns have always known about the “sky people.”

In the show, Clarke and Octavia are unfairly kept in prison for being victims of their own circumstances. In the books, Clarke is actually guilty of treason. 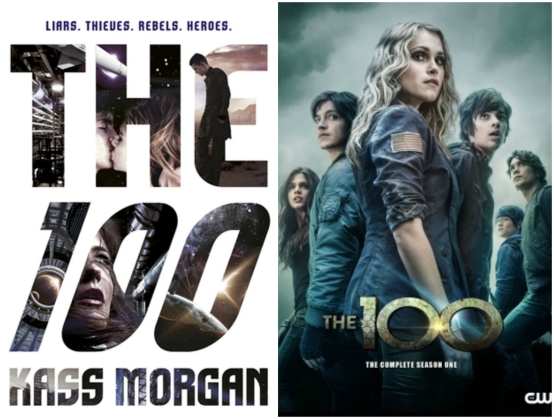 For several years, Gossip Girl ruled the airwaves as TV‘s top teen-geared melodrama.Much of that is due to the excellent source material—the novels written by Cecily von Ziegesar.

But a lot of it came from the changes from the CW writing team.

The main difference which annoys the book fans, though, is that everyone is too beautiful and too clean-cut . The show also fails to explore many of the darker elements of the books, which would have been great to see onscreen. 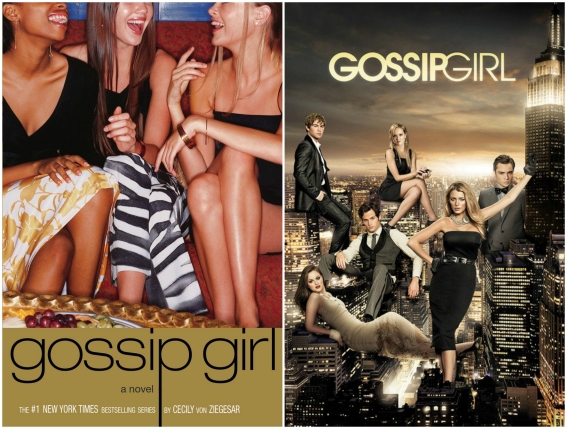 Bryan Fuller’s lavish adaptation of Neil Gaiman’s fantastic book, American Gods, reached our TV screens in May. But just how accurate is it? Here are some key differences that fans of the book will have noticed:

For starters, it doesn’t adapt the whole book, covering barely a third of it. And in that third, it expends the role of most of the supporting characters.

Also, the TV show is set in 2017 – the book was set in 200, giving it a completely different feel. So the themes of immigration are not nearly as accurate as it was in the novel, presenting it in an entirely different way. 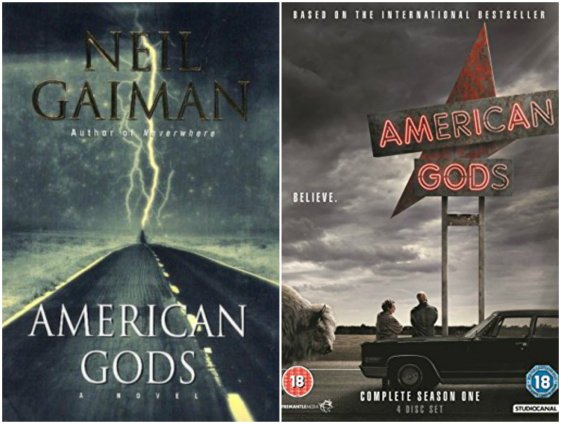 Late great master of sci-fi comedy Douglas Adams has a special place in the hearts of many genre lovers. Every time one of Adam’s works has been translated to another type of media, it has been quite different from the original.

Controversy magnet Max Landis is latest person to attempt to adapt Adams’s work into something different, and it is different from the book.

For a start, in the TV series much of the action takes place on the road. No dreaming spires, no crowded London roads or cycling Oxford students. Seems like a subtle change, but it makes the whole thing feel very different.

The TV show introduces new characters to the show who were never in the book as well. And there’s no Norse Gods, no aliens, no puns and no wordplay, but much more banter. 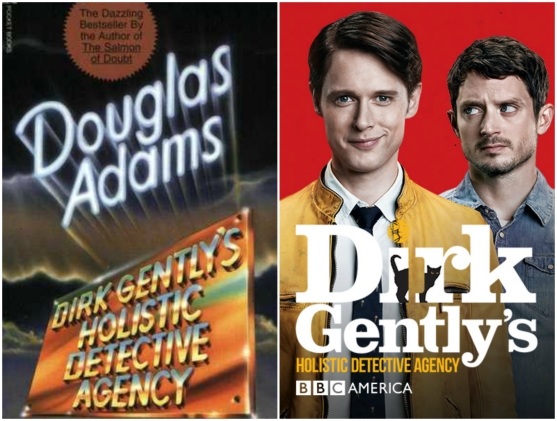 When Lev Grossman‘s beloved, bestselling trilogy The Magicians was first released as a TV series, he told us that: “some things from the books don’t happen, some things happen differently, and other things happen that are nowhere in the books.” Let’s take a look at the differences:

For starters, all the characters are older. In the novel Grossman introduces Quentin Coldwater as a surly 17-year-old high school senior, but in the TV series he’s been transformed into a 22-year-old college senior.

Not to mention Quentin’s friend Janet is now called Margo.

In the novel, the protagonist is angst incarnate, constantly suffering from a low-grade depression that’s deeply intertwined with his yearning to live in a fantasy. The TV series, though, makes subtext into text by straight-up showing Quentin leaving a mental institution at the beginning of the pilot. 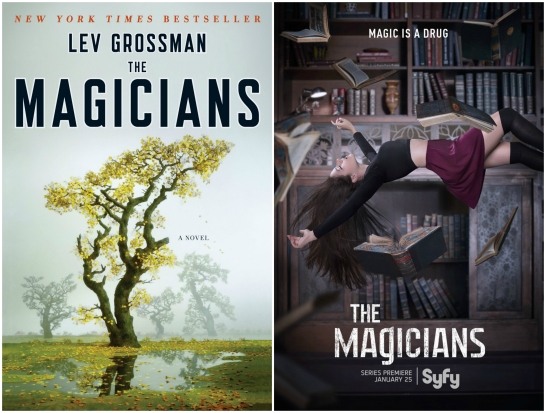 The new Hulu television series The Handmaid’s Tale remains in many ways faithful to Margaret Atwood‘s dystopian novels, but there are still major differences.

When handmaids move to a new house, they take on the names of their masters. Hence Fred’s handmaid is Offred, Glen’s handmaid is Ofglen, etc. Atwood never revealed Offred’s birth name in the book. At the end of the first episode of the show, Offred reveals that her real name is June.

In the book, the leaders of Gilead separate people of different races, much as the Nazis did. In the series, many of the characters are non-white, including June’s husband, daughter and best friend.

Lastly, the book is told entirely from Offred’s perspective, while the show sometimes follows other characters to give audiences a broader understanding of the world. 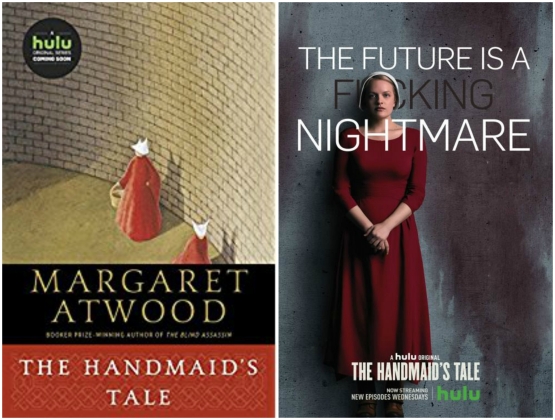