Here are 20 quotes from literature that make us think twice about who villains really are.

1. “No one is ever the villain of their own story.”
― Cassandra Clare, Lady Midnight

2. “She had always found villains more exciting than heroes. They had ambition, passion. They made the stories happen. Villains didn’t fear death. No, they wrapped themselves in death like suits of armor! As she inhaled the school’s graveyard smell, Agatha felt her blood rush. For like all villains, death didn’t scare her. It made her feel alive.”
― Soman Chainani, The School for Good and Evil

3. “A villain let your creativity out of its cage.”
― Jodi Picoult, The Tenth Circle

4. “History is moving pretty quickly these days and the heroes and villains keep on changing parts.”
― Ian Fleming, Casino Royale 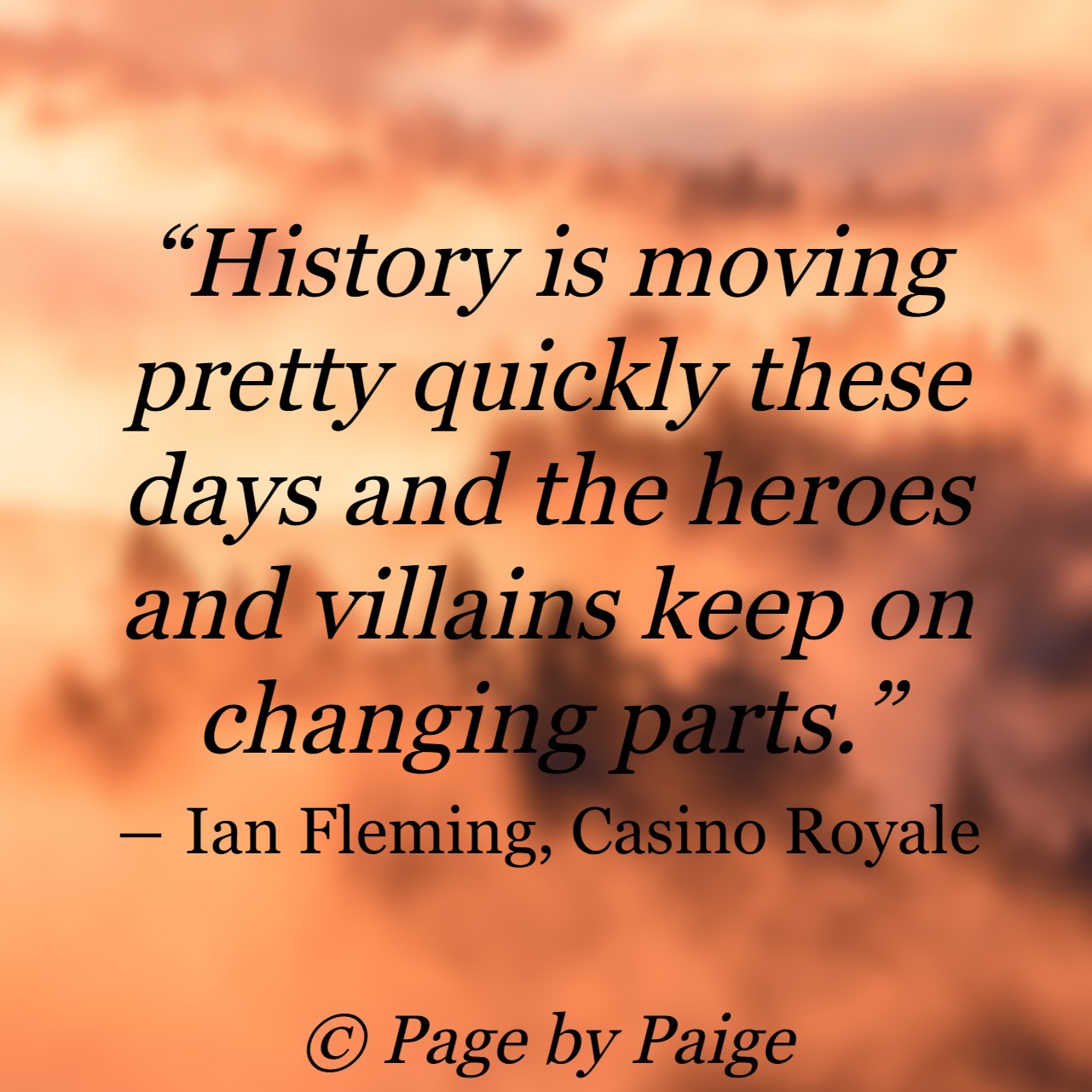 5. “There is evil in everyone. The first step toward loving someone else is to recognize that evil in yourself, so you can forgive them.”
― Veronica Roth, Allegiant

6. “There’s a long, uncomfortable silence in which I contemplate what might happen next. Maybe like the villain in a movie, this is where she gives me a long spiel about her hard-up life before she kills me. Not that I totally believe she’s nefarious. Real life isn’t made up of heroes and villains. Just ordinary people making choices they have to live with.”
― Kat Kruger, The Night Has Teeth

7. “So you see, Good and Evil have the same face; it all depends on when they cross the path of each individual human being.”
― Paulo Coelho, The Devil and Miss Prym

8. “More evil gets done in the name of righteousness than any other way.”
― Glen Cook, Dreams of Steel 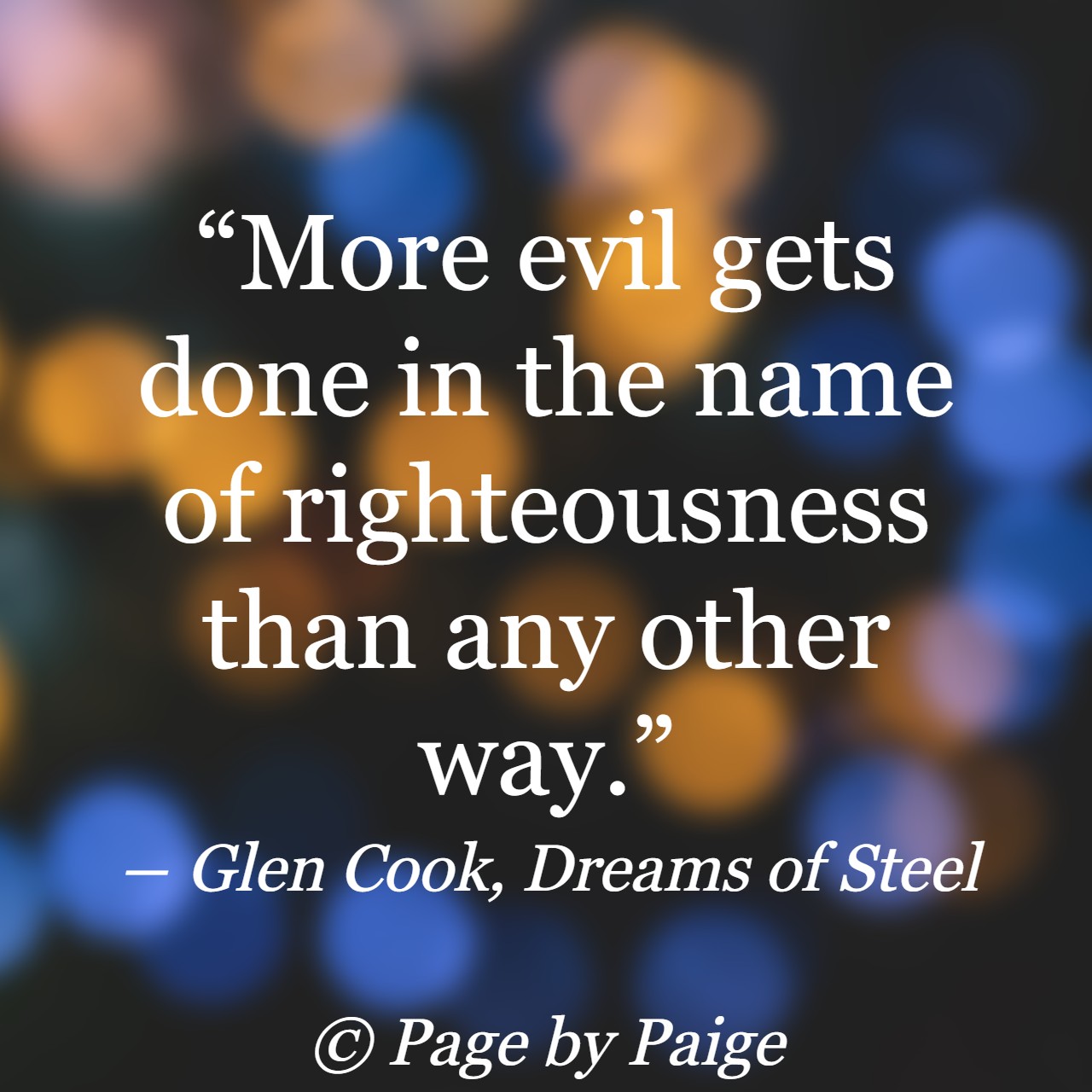 9. “Keep in mind, Eragon, that no one thinks himself a villain, and few make decisions they think are wrong. A person may dislike his choice, but he will stand by it because, even in the worst circumstances, he believes that it was the best option available to him at the time.”
― Christopher Paolini, Eragon

10. “No one just starts giggling and wearing black and signs up to become a villainous monster. How the hell do you think it happens? It happens to people. Just people. They make questionable choices, for what might be very good reasons. They make choice after choice, and none of them is slaughtering roomfuls of saints, or murdering hundreds of baby seals, or rubber-room irrational. But it adds up. And then one day they look around and realized that they’re so far over the line that they can’t remember where it was.”
― Jim Butcher, Cold Days

11. “Behind every villain is a truth, whether it be perceived or actual.”
― Dalton Frey, The Darkest Light

12. “There are no heroes and there are no villains. There are just opposing points of view. That’s all history is…the viciously long battle between world views.”
― Peter J. Tomasi, Batman and Robin, Volume 1: Born to Kill 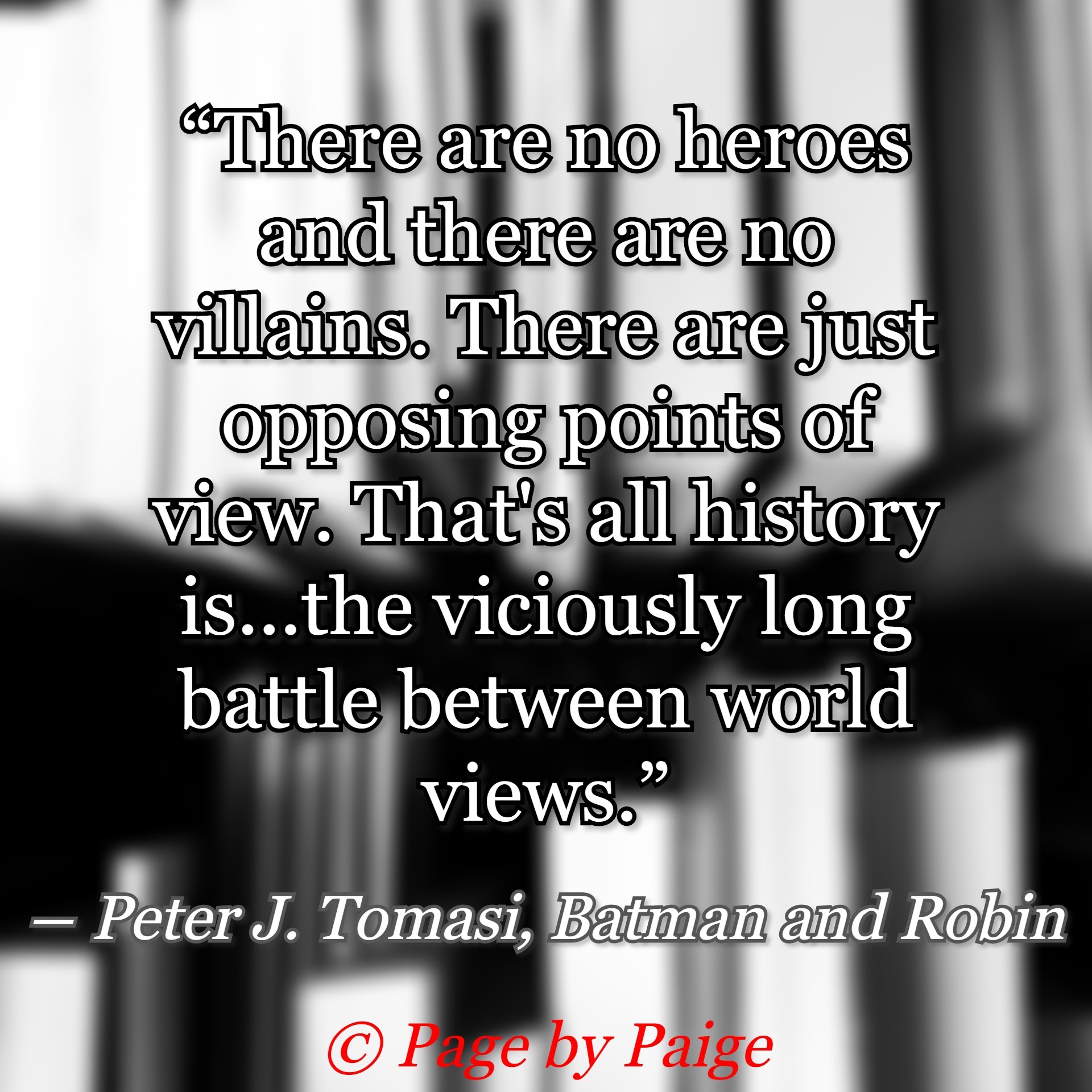 14. “Heroes are more than just stories, they’re people. And people are complicated; people are strange. Nobody is a hero through and through, there’s always something in them that’ll turn sour… you’ll learn it one day. There are no heroes, only villains who win.”
― Joel Cornah, The Sea-Stone Sword

16. “Haven’t you learned yet? Someone has to be the villain so everyone else can stay alive.”
― Josephine Angelini, Firewalker 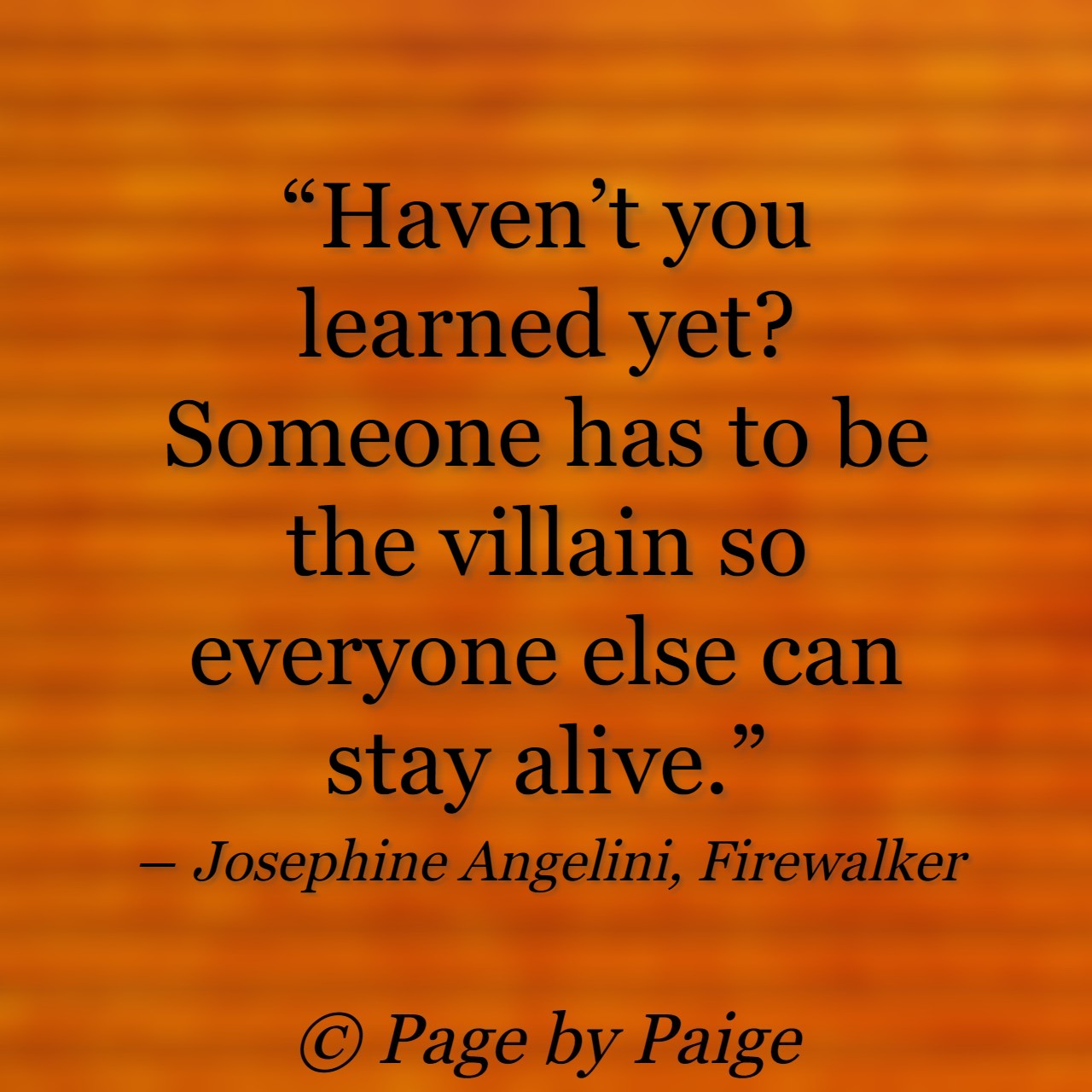 17. “If only it were all so simple! If only there were evil people somewhere insidiously committing evil deeds, and it were necessary only to separate them from the rest of us and destroy them. But the line dividing good and evil cuts through the heart of every human being. And who is willing to destroy a piece of his own heart?”
― Aleksandr Solzhenitsyn, The Gulag Archipelago 1918-1956

18. “Real evil wasn’t about bending the law to suit justice: evil was acting out of small, intensely personal expedience and losing sight of the bigger picture so often that you never got it back again.”
― Karen Traviss, City of Pearl

19. “Humanity is not perfect in any fashion; no more in the case of evil than in that of good. The criminal has his virtues, just as the honest man has his weaknesses.”
― Pierre-Ambroise Choderlos de Laclos, Les Liaisons dangereuses