When novelist John le Carré famously quipped that “having your book turned into a movie is like seeing your oxen turned into bouillon cubes” he summed up the disappointment that countless authors feel about the often lackluster adaptations of their work. And yet, on rare occasions, the exact opposite can be true.

There are some films which drastically improved upon it’s novel; here are ten movies that bettered their literary source material.

Book it was based on: The Curious Case Of Benjamin Button by F. Scott Fitzgerald (1922)
Directed by: David Fincher
Why it’s better-

David Fincher’s epic movie tale lifted the bare minimum from Fitzgerald’s short story, keeping hardly anything the same other than the protagonist’s name and unusual condition.

Not only do the extraordinary special effects make it an unforgettable cinematic experience, this is one of those very rare occasions where the film adaption almost gives the book life, rather than it being the other way around.

Book it was based on: Forrest Gump by Winston Groom (1986)
Directed by: Robert Zemeckis
Why it’s better-

According to the book’s author, Winston Groom, the film adaption of Forrest Gump “took some rough edges off” his novel (which I suppose is actually a good thing) but screenwriter Eric Roth argued that this made the character of Forrest seem much more genuine and warmer in the film.

If you thought the film was packed, the book was even more so. In Groom’s version, Forrest becomes an astronaut and goes to space with an ape named Sue, and then crash lands in the jungle, where he’d nearly eaten by cannibals. Thank goodness this isn’t in the film!

Book it was based on: Fight Club by Chuck Palahniuk (1996)
Directed by: David Fincher
Why it’s better-

This is a classic example of where the film is better than the book, and even Fight Club author, Chuck Palahniuk, agrees. After watching the film adaption he said he loved it, and even admitted that he was sort of “embarrassed of the book,”.

He said that the film version actually connected plot lines that  Palahniuk never noticed himself while writing the book. In addition to this, the romantic qualities between Tyler and Marla were also enhanced in the movie, which the author also approved of since that was one of the main points of the book.

Book it was based on: Rita Hayworth and Shawshank Redemption by Stephen King (1982)
Directed by: Frank Darabont
Why it’s better-

I feel like I’m having a go at one of the best writers of our time, but it needs to be said that the 1994 film was much better than the book version of The Shawshank Redemption.

The story it was based on is a novella from King’s Different Seasons collection, which allows the movie to add weight and depth that is lacking in the source material.

The Shawshank Redemption is considered by many to be one of the greatest films of all time, as opposed to the novella, which is one of King’s minor works. 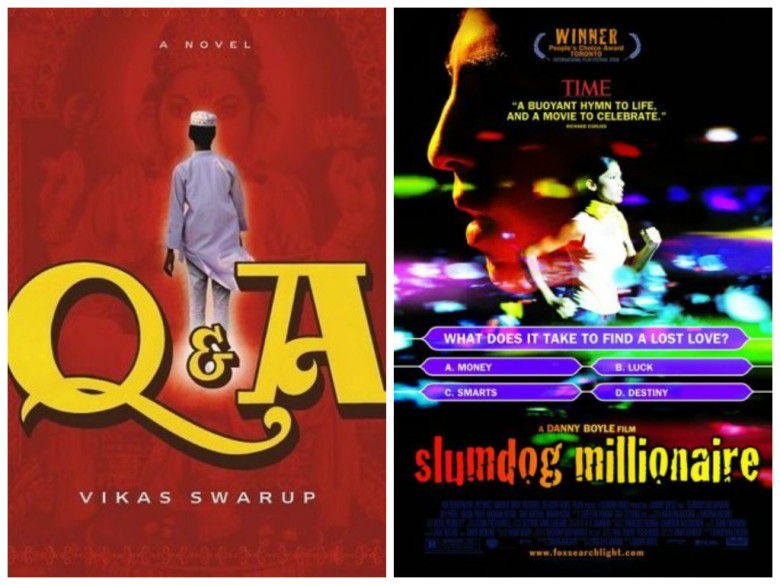 Book it was based on: Q & A by Vikas Swarup (2005)
Directed by: Danny Boyle and Loveleen Tandan
Why it’s better-

Slumdog Millionaire became the breakout film of 2008, enchanting both audiences and critics alike, based on the novel Q & A by Vikas Swarup.

However, it is fair to say that the film adaption is a big bit different from the original story, with chopped subplots (that are still electrifying) and a totally different ending.

Even with all the changes, Swarup was wholly supportive with the film adaption, saying: “The film is beautiful. The plot is riveting. The child actors are breathtaking.” 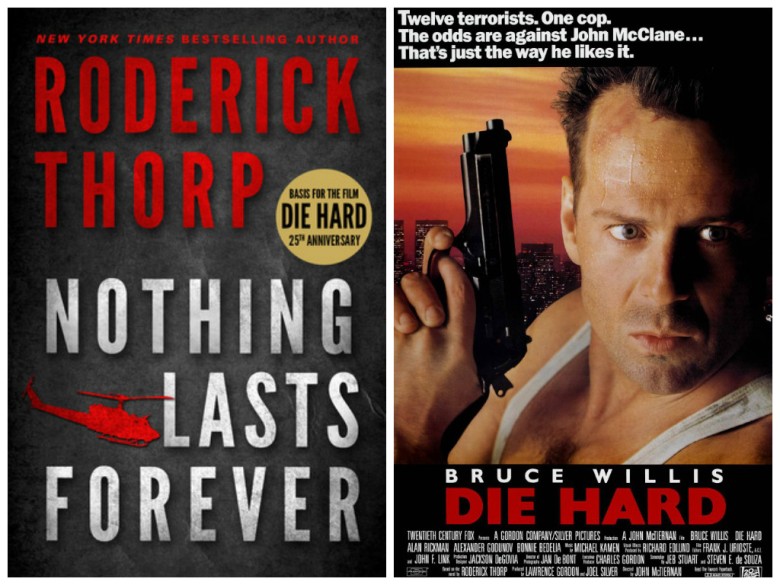 Book it was based on: Nothing Last Forever by Roderick Thorp (1979)
Directed by: John McTiernan
Why it’s better-

Yes, you read that right. Action film Die Hard was actually based on a book, which is totally unexpected. Based on Roderick Thorp’s Nothing Last Forever, the film was originally going to be a sequel to the 1968 film The Detective, starring Frank Sinatra. However, it was made into a standalone film after many revisions.

Although the film adaption follows the book fairly closely, there are a few minor details that were changed in order to make the movie work better as its own story, including the age of the lead and the location of the plot.

The film would go on to be considered one of the greatest action movies ever made, and it spawned four sequels.

Book it was based on: Jurassic Park by Michael Crichton (1990)
Directed by: Stephen Spielberg
Why it’s better-

It was only three years after Michael Crichton published his book Jurassic Park that Stephen Spielberg picked it up and transformed it into the popular film adaption that most people know today.

There are some slight differences between the movie and book version, but the main one is where the book looks into scientific theory and offers more about the morals of bringing an extinct species back to life, it lacks the focus on story movement and action.

Whereas the movie amped up the action, characters, and all around plot with some amazing special effects, offering another amazing cinematic experience.

Book it was based on: The Silence of the Lambs by Thomas Harris (1988)
Directed by: Jonathan Demme
Why it’s better-

Like all film adaptions, this movie streamlines the novel it was based on, cutting away at extraneous subplots and characters. But what makes this film such an incredible adaption, is mostly down to the casting of Jodie Foster as Clarice Starling and Anthony Hopkins as Hannibal Lecter: Their chemistry elevates them above their literary counterparts.

Anthony Hopkins’ chilling performance of AFI’s greatest movie villain of all time has forever united his name with Hannibal Lecter. The movie itself is an exquisitely fine film that aged well with time.

Book it was based on: Jaws by Peter Benchley (1974)
Directed by: Stephen Spielberg
Why it’s better-

There are many differences between the film adaption of Jaws and Benchley’s original novel, mostly character related. In the book, Matt Hooper is not a very likable character, presented as an arrogant snob who has an affair.

Also, the ending of the two differ. Where the shark gets blown up in the film, instead, in the book the shark is just inches from devouring Brody when all the injuries its suffered finally take their toll and the shark stops moving and sinks into the ocean depths.

Book it was based on: The Godfather by Mario Puzo (1969)
Directed by: Francis Ford Coppola
Why it’s better-

Fans of The Godfather much prefer the movie’s grittier finale to the novel’s, where Kay realises the extent of Michael’s ruthlessness, and the finished film wholly deserves its status as one of the all-time greats.

During the film-making process, director Francis Ford Coppola wanted the author, Mario Puzo, to be an integral part of the production process. The two worked together to create the slick script that done away with the very few weak moments in the novel.