We all hear about the amazing films that are based on novels. Those that have us all debating about which version was the better one. Most of the TV shows and films we watch are based on some kind of novel or book, so it can be a struggle to remember that there are some great movies and shows that aren’t based on books.

As much as I love and enjoy film adaptions of my favourite stories, there are also films that I enjoy that are purely films.

Recently after watching a movie, I was convinced that it was a novel, and went online to buy it. But then I found it wasn’t a book at all and suddenly thought, how many other great movies out there that aren’t first a novel? And, arguably, should be novel?

Then I came up with these 10 original movies that fit that description.

The senior partner of an investment brokerage, Jeffrey Desange (Nikolaj Coster-Waldau), has a breakdown due to a financial collapse and kills several co-workers and his estranged wife. He then kidnaps his two young daughters, Victoria (Megan Charpentier) 3 years old and Lilly (Isabelle Nélisse) just 1. He drives his car recklessly through a winding snow covered road. He loses control of his car and drives off an embankment. He finds an abandoned and isolated cabin where he plans to kill his daughters, but the children are saved by a dark ghostly image.

After five years of searching and depleting his savings, Jeffrey’s twin brother, Lucas (Nikolaj Coster-Waldau), finds the children that were raised without social interaction and claim that they have been raised by ‘Mama’.

Lucas disputes the custody with the children’s Great Aunt but Dr. Dreyfuss (Daniel Kash), who is working with the girls, helps Lucas get custody of the girls so that he can still have access to them. Lucas, his girlfriend Annabel (Jessica Chastain), Victoria and Lilly move into a house provided by the institute that Dr. Dreyfuss works for. Lucas and Annabel soon find out that the girls have brought Mama with them and their lives are in grave danger.

Billy (Michael Douglas), Paddy (Robert De Niro), Archie (Morgan Freeman) and Sam (Kevin Kline) have been best friends since childhood. So when Billy, the group’s sworn bachelor, finally proposes to his thirty-something (of course) girlfriend, the four head to Las Vegas with a plan to stop acting their age and relive their glory days.

However, upon arriving, the four quickly realise that the decades have transformed Sin City and tested their friendship in ways they never imagined. The Rat Pack may have once played the Sands and Cirque du Soleil may now rule the Strip, but it’s these four who are taking over Vegas.

Directed by Jon Turteltaub and written by Dan Fogelman, this movie will take you on the adventure of a lifetime and will remind you that growing older, doesn’t mean to lose the life inside you.

Monty Wildhorn (Morgan Freeman) is a famous Western novelist confined to a wheelchair whose struggle with alcoholism has sapped his passion for writing, and has lost his drive. So his nephew pushes him to spend his summer in quiet Belle Isle, begrudgingly agreeing to look after a man’s dog for him while he’s there.

However, what Monte doesn’t count on is being next door neighbours with a beautiful newly single mum (Virginia Madsen) and her 3 girls.

After funny introductions, he befriends his neighbours, who help him rediscover his inspiration to write again, teach him that there are many ways to fall in love with life again, and remind him of the importance of imagination.

Directed by Rob Reiner and written by Guy Thomas, this beautiful, re-coming of age film is inspiring in itself and teaches us about the best parts of life. 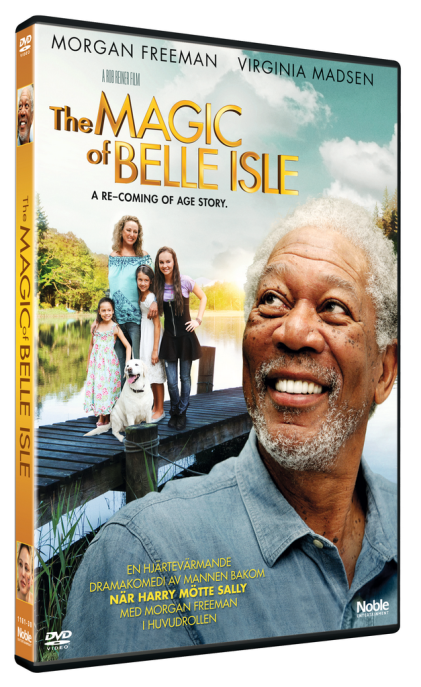 Meet the Borgens. William Borgens (Greg Kinnear) is an acclaimed author who hasn’t written a word since his ex-wife Erica (Jennifer Connelly) left him 3 years ago for another man. In between spying on Erica and casual romps with his married neighbour Tricia (Kristen Bell), Bill is dealing with the complexities of raising his teenage children Samantha (Lily Collins) and Rusty (Nat Wolff).

Samantha is publishing her first novel and is determined to avoid love at all costs – after all she’s seen what it has done to her parents. In between hook ups, she meets “nice guy” Lou (Logan Lerman) who will stop at nothing to win her over.

Rusty, is an aspiring fantasy writer and Stephen King aficionado, who is on a quest to gain ‘life experiences’. He falls for the beautiful, but troubled Kate (Liana Liberato) and gets his first taste of love and a broken heart.

Both directed and written by Josh Boone, Stuck In Love is a tale of family, love (lost and found), and how endings can make new beginnings. There are no rewrites in life, only second chances.

How far would you go to protect your family? Keller Dover (Hugh Jackman) is facing every parent’s worst nightmare. His six-year-old daughter, Anna (Erin Gerasimovich), is missing, together with her young friend, Joy (Kyla-Drew), and as minutes turn to hours, panic sets in.

The only lead is a dilapidated RV that had earlier been parked on their street. Heading the investigation, Detective Loki (Jake Gyllenhaal) arrests its driver, Alex Jones (Paul Dano), but a lack of evidence forces his release.

As the police pursue multiple leads and pressure mounts, knowing his child’s life is at stake the frantic Dover decides he has no choice but to take matters into his own hands. But just how far will this desperate father go to protect his family?

Directed by Denis Villeneuve and written by Aaron Guzikowski, this powerful movie will show just how much a mother and father will do to save their child. 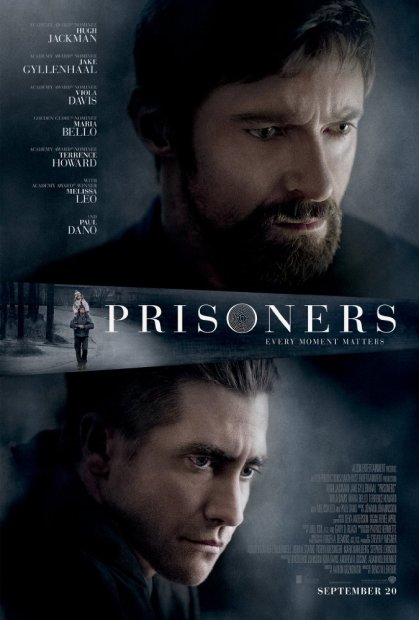 Dom Cobb (Leonardo DiCaprio) is a skilled thief, the absolute best in the dangerous art of extraction, stealing valuable secrets from deep within the subconscious during the dream state, when the mind is at its most vulnerable.

Cobb’s rare ability has made him a coveted player in this treacherous new world of corporate espionage, but it has also made him an international fugitive and cost him everything he has ever loved. Now Cobb is being offered a chance at redemption.

One last job could give him his life back but only if he can accomplish the impossible – inception. Instead of the perfect heist, Cobb and his team of specialists have to pull off the reverse: their task is not to steal an idea but to plant one. If they succeed, it could be the perfect crime.

But no amount of careful planning or expertise can prepare the team for the dangerous enemy that seems to predict their every move. An enemy that only Cobb could have seen coming.

Both directed and written by Christopher Nolan and starring Joseph Gordon-Levitt and Ellen Page, this story is a great original movie.

American tourist Jesse (Ethan Hawke) and French student Celine (Julie Delpy) meet by chance on the train from Budapest to Vienna. Sensing that they are developing a connection, Jesse asks Celine to spend the day with him in Vienna, and she agrees.

So they pass the time before his scheduled flight the next morning together. How do two perfect strangers connect so intimately over the course of a single day? What is that special thing that bonds two people so strongly?

As their bond turns to love, what will happen to them the next morning when Jesse flies away?

Despite having talent, nobody believes that Rocky can make to the pros. He falls in love with his best friend Paulie’s (Burt Young) sister Adrain (Talia Shire) and everything seems to be going okay.

But things just get better as reigning the champion’s opponent gets injured and Rocky is chosen to take his place because of his nick-name, “the Italian Stallion.” Rocky sees it as a chance to live his dream and go the distance with the heavyweight champion of the world, Apollo Creed (Carl Weathers).

Directed by John G. Avildsen and written by Sylvester Stallone, Rocky has been described as “the phenomenon of the century.”

The year is 1936. An archeology professor named Indiana Jones (Harrison Ford) is venturing in the jungles of South America searching for a golden statue.

Unfortunately, he sets off a deadly trap but miraculously escapes. Then, Jones hears from a museum curator named Marcus Brody (Denholm Elliott) about a biblical artifact called The Ark of the Covenant, which can hold the key to humanly existence.

Jones has to venture to vast places such as Nepal and Egypt to find this artifact. However, he will have to fight his enemy Rene Belloq (Paul Freeman) and a band of Nazis in order to reach it.

Directed by Steven Spielberg and written by Lawrence Kasdan and George Lucas, this film is one big adventure from beginning to end. 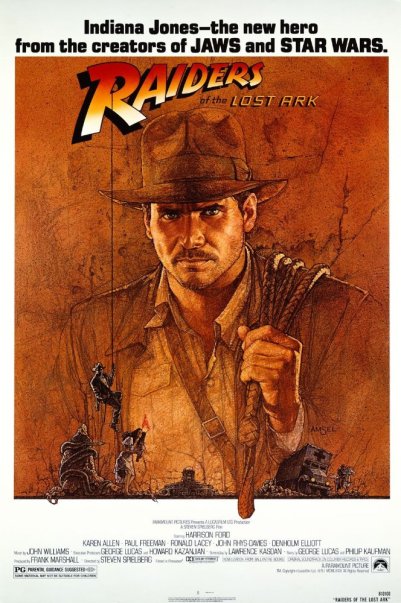 Pumpkin (Tim Roth) and Honey Bunny (Amanda Plummer) are two thieves who, while dining at a coffee shop, decide that the best thing to do is to rob it.

Butch Coolidge (Bruce Willis) is an aging prizefighter who is being paid to “take a dive”, but instead accidentally kills his opponent, and tries to flee town, but not before getting his dead father’s lucky golden watch.

These four seemingly unrelated stories are interwoven in a non-linear fashion.