When we’re younger we believe that we can be anything that we want to be, go wherever we want to go and become anyone we want to be. The possibilities of our dreams are endless – we expect the unexpected, we seize opportunities and most of all, we believe in magic.

We have no doubts in our belief in magic. The tooth fairy, the Easter Bunny, Santa Claus, they’re all a part of our lives. We believe in fairy tales wholeheartedly. Then we grow older and that innocence becomes broken. Somewhere along the way the reality of life gets in the way and we’re suddenly hit with the realisation that we can’t be all we want to be.

Why do we stop believing in ourselves? Why do we let anything but our dreams and our belief in magic rule our lives?

This is exactly what mother-daughter team, Jodi Picoult and Samantha Van Leer, remind us of in their romantic YA novel, Off The Page. It is a story that reminds us to believe in the impossible, to keep that belief in magic alive throughout our lives, as well as the idea that a simple wish can go a long way. 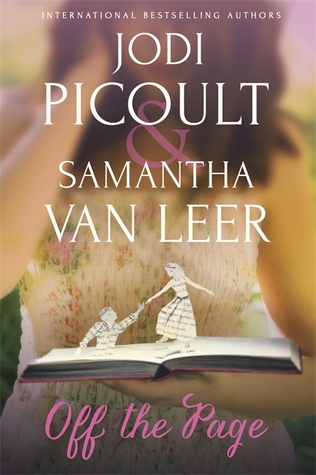 Sixteen-year-old Delilah is finally united with Oliver—a prince literally taken from the pages of a fairy tale. There are, however, complications now that Oliver has been able to enter the real world. To exist in Delilah’s world, Oliver must take the place of a regular boy. Enter Edgar, who agrees to take Oliver’s role in Delilah’s favourite book. In this multilayered universe, the line between what is on the page and what is possible is blurred, but all must be resolved for the characters to live happily ever after.

Off The Page is the sequel to Between The Lines, where we watched Delilah fall in love with Oliver and work out a way to bring him out of the fairy tale he lived in and into her world of reality. 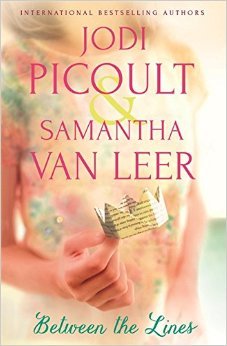 Off The Page is littered with beautiful messages through it’s pages. It takes us back, not only to being 16, but to being children, and points out the true innocence we all possessed before reality swooped in and taught us there are limitations in life.

It remind us that we should always have hope, no matter what the odds, that we should never have doubts, and that if we truly believe in something, there’s no force in the universe that can stop us from putting that into motion.

It’s the same message that’s rippled through Between The Lines, that we should never stop in believing in the impossible, because that’s when the true loss of innocence starts: when you first get a glimpse at the boundaries that life has already built around you.

There’s a moment in  novel where Delilah’s mother is trying to give her advice on how to be happy, where she suggests that Delilah should lower her expectations so she doesn’t end up disappointed. But this only irritates Delilah further. She says:

“How do you tell an adult that maybe everything wrong in the world stems from the fact that she’s stopped believing the impossible can happen?” – Jodi Picoult and Samantha Van Leer, Between The Lines

We believe in the impossible to keep the belief that miracles can happen, and to some, that’s a far stretch. I’ve never been one of those people; I’ve always believed that the impossible can happen at any point in our lives, and that things always seem impossible until they’re done.

I think it’s important to never say that you can’t do something, or that something seems impossible, or that something can’t be done, no matter how discouraging or terrifying it may seem; human beings are only limited by what we allow ourselves to be limited by in our own minds. We are each masters of our own reality and when we become aware to this, absolutely anything in the world is possible.

If we remind ourselves to let no odds, doubt, fear or any kind of mental illusion prevent us from accomplishing our dreams then we can allow ourselves to believe in the impossible.

This is what children and born with and grow with. So it’s important to keep this magic, this belief, alive throughout or lives and not to let reality keep us from believing in our own dreams.